The Nigerian Communications Commission (NCC) on the 18th Of October released a pre-disconnection notice stating that all subscribers of Glomobile would no longer be able to make outbound calls to Airtel subscribers.

According to the notice as seen on the Commission’s official Twitter handle, they stated that Glomobile has no sufficient reason for non-payment of interconnect charges to Airtel.

Interconnect charges are the fees telecom companies charge when they connect and terminate calls on their networks. Apparently, Glomobile hasn’t been fulfilling the end of their agreement and that’s why NCC has to act.

Here is the pre-disconnection notice:

Glomobile was notified of the application and was given opportunity to comment and state its case. The Commission having examined the application and circumstances surrounding the indebtedness determined that the affected operator does not have sufficient reason for non-payment of interconnect charges

All subscribers are therefore requested to TAKE NOTICE that

Please note that this disconnection will subsist until otherwise determined by the Commission. 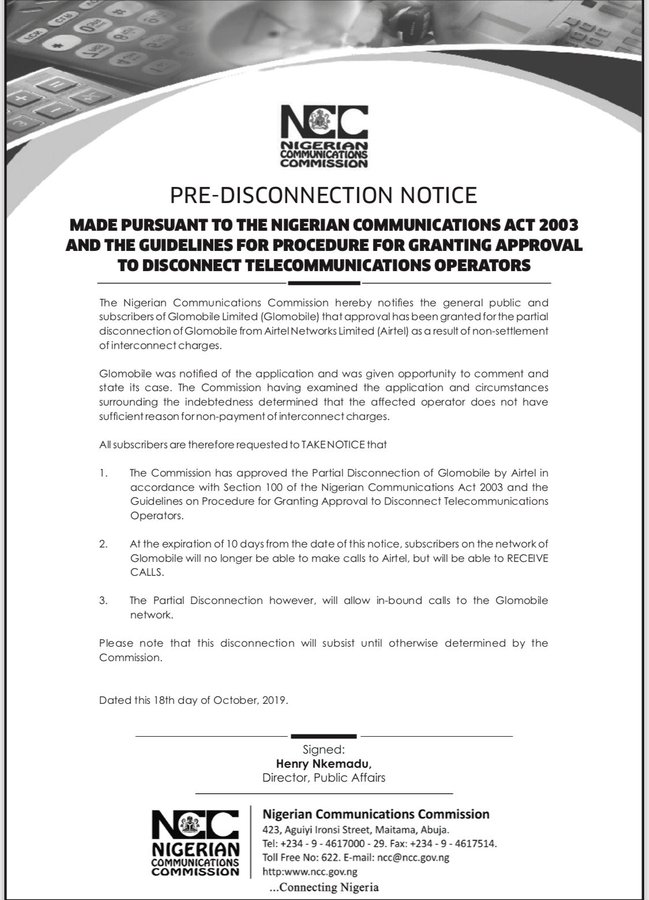