Virtual phone numbers are third-party numbers that we often use to verify identity on different websites, these numbers are beneficial most especially when we try to make registration on websites that require users within the USA, UK, and Canada.

In this article, I’ll be writing about the best virtual phone number apps out there, with these apps you can have your personal foreign number to verify your accounts on Facebook and other websites, even if you want to have a foreign WhatsApp number, you’ll get one from these apps.

From the highest rating apps to the ones with the most positive reviews, I have listed all apps in accord, what they offer, their features, price and how to get the best out of them, so take your time to read about these apps, you might need a VPN to use some of these apps cause few of them are geo-restricted.

Textnow is actually the best when it comes to making international calls, unlimited texts and cheap calling to people internationally. I personally use Textnow cause it makes everything easy for me, I can easily verify my accounts with the provided USA number I got from Textnow, I can call my friends in the US and Canada as well.

With Textnow you can call anyone from one of the 230 countries listed to work with Textnow, and its call rates range from $0.01 per minute. It’s a good virtual phone number app but it’s geo-restricted, so to download this app, you’ll need to download from third-party sites like Apkfun and other related websites. 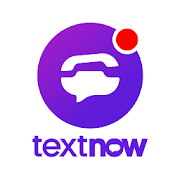 Dingtone is more like using Textnow, I can consider it to be the best competitor to Textnow. If you want to make unlimited free phone calls to different numbers across the globe, then Dingtone is the best candidate for that, with Dingtone you can make unlimited texts, make calls to numbers that are not even registered on Dingtone.

With Dingtone you’ll have a real USA number as your second line, you can use this number on WhatsApp, verify Gmail and use it on some websites as well. Dingtone has different numbers from different countries, you can get numbers from the US, Canada, UK, and other countries. 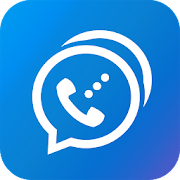 Nextplus is one of the virtual phone number apps that’ll let you chat and make calls to friends and family, clients from different countries without using your official number, Nextplus only offers only Canadian number and US numbers, but these numbers are of quality and can work on any websites or any applications you use them on.

With Nextplus, you can make free calls over WiFi, you don’t need to have Nextplus contacts before you can make calls or text anyone, just dial the number and call and text as you like. For quality calls and unlimited text via a virtual phone number app, Nextplus is one of the best.

Text Me offers free calls and texts to any numbers in the USA and Canada, you can also send MMS plus in group chat as well, this virtual phone number app works perfectly on wifi connections and you don’t need to buy data plans or calling plans before you can make calls on it, its free and very stable.

With Text Me you can make calls at cheap cost, you can also earn call credits the more you make calls on the app. Text Me numbers are disposable and with them, you can make anonymous calls and also text anonymously. If you’re looking for one of the best virtual phone number apps, then you should try Text Me. 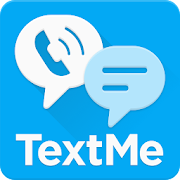 Talkatone is just like every other app I’ve listed above and below, it offers free numbers from the US and Canada, its actually a well-developed app that has got nice user interface, you can easily get a number for your self on Talkatone, make free calls over wifi and also text non Talkatone numbers, you can make Talkatone your preferred phone number, and with it you can make and receive calls at any time.

You can also use Talkatone on some websites in case you need to verify proof of your country selection during online registration. Talkatone is one of the best virtual phone number apps you’ll find on Android and IOS. 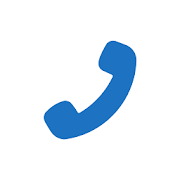 Looking for a disposable number to use temporarily or maybe permanently, then you should go for Burner app, it can serve as a second number to make calls, text and also verify websites when needed. Burner is a top-notch virtual phone app for Android and IOS users, but one thing about this app is that it offers only 7-days trial, after that you’ve to pay for its full premium package. 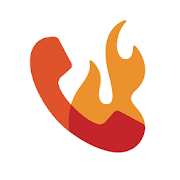 I’ve used Hushed once, and yeah I couldn’t continue due to payment, but here’s one thing about this app, it offers an encrypted phone number that is hard to detect maybe its a virtual number or a real number, and these numbers are US and Canadian numbers, you can use them on any website as well as Whatsapp and any social media platforms you want.

With Hushed you can make free calls and text anyone at any time, its one of the best virtual phone number apps out there and it keeps you anonymous, you don’t have to worry about your real number getting leaked. 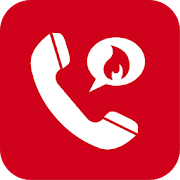 The last on the list is another awesome virtual phone number app called 2ndline, yeah 2ndline lets you have a second number from the US or Canada, with this number you can make calls and text anyone in the US or Canada, 2ndline is actually free to use and that even makes it better as you don’t have to worry about paying for numbers or call credits. This app has many features and you can even use stickers and emojis while sending instant messages.

2ndline is one of the best virtual phone number apps out there, this app is only available to Android users, you can use it as an alternative number. 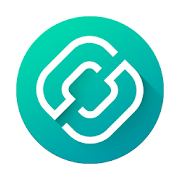 There are lots of apps out there that offer virtual numbers, but as we all know most of them don’t offer encrypted numbers so when we use them on verification on some websites, they get rejected, but the apps I’ve listed here offer the best and encrypted numbers, you can use them at any time and they work perfectly.