How to Uninstall System Apps on Android Devices

Pre-installed system applications most times do occupy a lot of valuable space on Android devices, and removing them will make a good amount of space available which could be used to save important documents and files, or allow you install more useful Android applications which you’d need. There’s not a default way to remove these apps on Android phones, so this article is bent on giving you a good working process to get rid of system applications.

If your Android device is rooted, then removing system applications will be very easy, as there are some few apps that would help you to remove or uninstall system apps. Here, I’ll write about two good apps and give direct download links to them. So if you’re a rooted or non-rooted Android device user, you’ll benefit from this tutorial.

How to Uninstall System Apps on Android Without Root

As a non-rooted Android user, you’ll not be able to get rid of, or uninstall system apps from your device through its settings or via some applications, but you can rightly do this with a computer or laptop. Below you’ll get the working process to do this.

First things first, do make sure to download the Debloater Software with the link below on your laptop or computer. Follow the next step after doing this.

Immediately this is done, you’ve got to find and enable USB debugging on your Android phone from settings >> developer option >> tick on “USB debugging” option. If maybe your developer option isn’t yet activated, then you should go to “About phone” and find “Build number” and click on it 5 times to get it activated.

Now you should make sure to connect your Android smartphone to your computer using a USB cable.

After your device is connected, then you should launch the Debloater software, and it’ll automatically load all the applications which you’ve got installed on your Android phone.

You should then mark and select the applications you want to remove or uninstalled from your Android device, and with just a click, they’ll be deleted completely.

If followed accordingly, the procedure above will help you to remove and uninstall all unwanted system applications from your Android smartphone. This tutorial is mostly for non-rooted Android users. Now let’s get to the process for rooted users.

How to Uninstall System Apps on Rooted Android Phones

This is the quite easy one, and just like I said earlier, with the use of some applications developed for this purpose, you can get rid of system or inbuilt applications from your rooted Android device. Below, you’ll get to see and know two working apps which you should use to do this.

System app remover is very good in the work of uninstalling or getting rid of any built-in unwanted app and bloatware on your Android phone. This application has also got a whole lot of other features that you’ll surely come across when using the app. It has a sleek and good material design that helps you in the navigation of the app and also lets you perform operations quite easily without any form of a hitch. It’ll be good to use this application now. 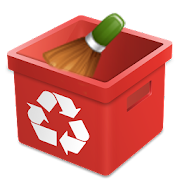 With these two apps listed above, you can easily uninstall or get rid of pre-installed apps from your rooted Android device. These apps work just fine and do what they were developed for. Download your preferred choice right now and start to use.

You can easily uninstall system or pre-installed applications from your Android device using the above tutorials. They work well on both rooted and non-rooted Android devices, provided it’s followed accurately. Nevertheless, you should be very cautious and careful when performing operations using any of the explain methods or listed applications to avoid mistakes. If you did like the article, then do share with others so that they’ll also benefit from it.

How To Check Airtel Number: Using A Simple USSD Code